What Happens During Launch!
An AMA Glider Original Article 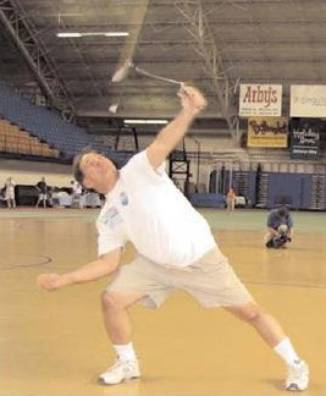 This picture was taken by Gary Hodson during the mass launch at Johnson City. If you look closely, you can see the glider is coming off the rubber band. You can actually see the rubber band losing its tension. You can see the effort that was exerted in launching the glider. This was a standard (twelve inch) glider. The picture shows that it’s a good twelve inches from his hand as it speeds by.