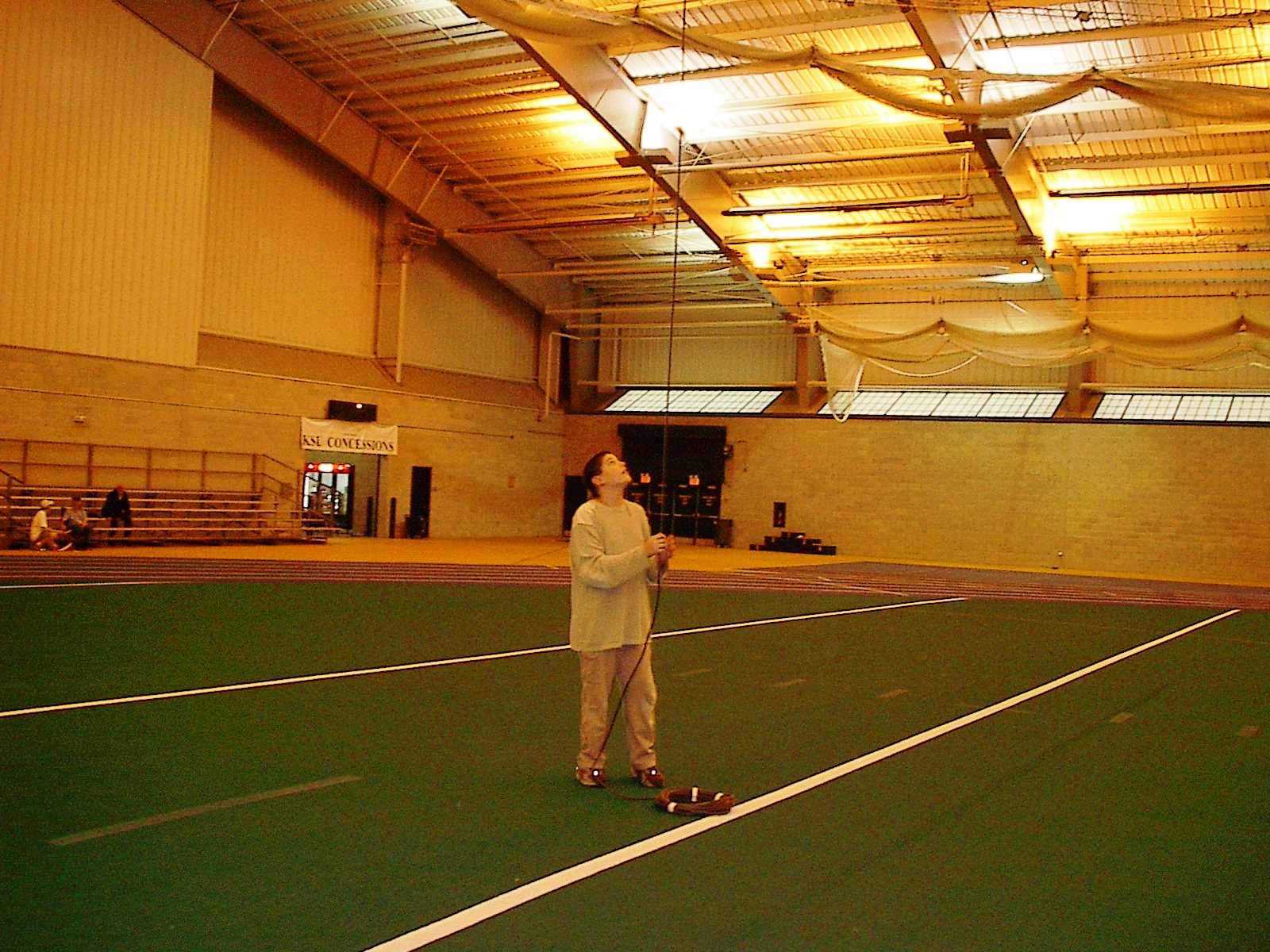 In 2006, when I was at Kent, Ohio, I met a young 11-year-old boy named Ian Adams, from Chardon, Ohio. I clocked his plane twice, and from a height of approximately 40 feet, he was turning a minute and thirty seconds. The plane was trimmed to fly in a tight circle. On his helium balloon, he had built a stand\rack to hold the plane level when it was launched.